The History of Kefir 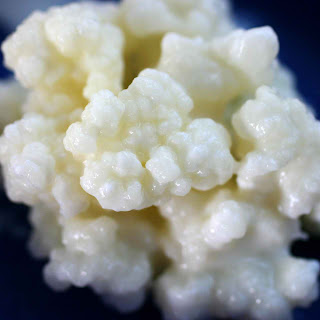 Kefir is known under a variety of names, some of which are kefirs, keefir, kephor, talai, mudu kekiya, kewra, and bulgaros. Originally, kefir is fermented milk made of the exotic kefir grains. Kefir was believed to have originated from the Caucasus region’s mountainous areas.

Preparation for milk kefir begins with cows, goats, sheep, and other forms of cattle being vaccinated with the kefir grains. Other ways to make milk kefir is by hanging an animal skin bag behind one’s door to make sure that the grains become well mixed whenever someone has to open and close the door. One person of historical interest that is aware of kefir’s existence and use is Marco Polo.

The name kefir has been in existence since the 1880s in the Russian, Polish, and English language. Bacteria and yeast generally compose the majority of kefir’s structure. Proteins, lipids, and sugars are mixed as well with the bacteria and yeast, which will eventually form a structure similar to a cauliflower. Kefir grains also contain a high concentration of lactic acid bacteria. The water-soluble sugar called kefiran will leave a rough feeling in a person’s mouth. Kefir grains also range in color and size.

Kefir is generally composed of the following: lactic acid bacteria and yeasts, carbon dioxide and ethanol for fermentation purposes, milk proteins and polysaccharides for nutrition, vitamins A, B1, B2, B6, D, K2, folic acid, nicotinic acid, calcium, iron, iodine, and water.

Chemical and concentration changes in kefir’s composition occur before, during, and after kefir fermentation. The type of milk that fermented the kefir will mainly define its composition, specifically the concentration levels of vitamin B12. Another change that occurs is in the lactic acid, which becomes that highest concentrated organic acid in the milk kefir.

Get to know more about the exotic food called kefir and how it can be produced. Discover how it is made and where it originally came from.
Feel free to contact me if you have related source about kefir.

Email ThisBlogThis!Share to TwitterShare to FacebookShare to Pinterest
Labels: Kefir