The Kratom Effect on People 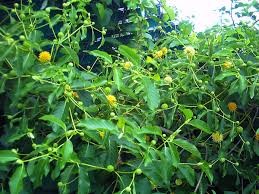 Kratom is a special kind of drug. It is a potent herb from Southeast Asia that can both stimulate (moderate dose) and sedate (high dose) its user. As a sedative, kratom is used to relax the muscles and relieve chronic pain. It fights depression by promoting calmness of mind and a general feeling of pleasure and dreamy comfort. It relieves both physical and emotional pain, promoting euphoria especially when a patient is made to lie down in a semi-darkened room while listening to music. This effect can last for about six hours.

Kratom is rich in alkaloids such as mytragynine, 7-hydroxymytragynine, and mytraphylline. Active chemicals that are also present in the plant are raubasine and yohimbe alkaloids like corinantheidine. Studies show that kratom also contains a calcium channel blocker, and that alkaloids present in it are detectable through immunological screenings.

As a stimulant, kratom causes a patient or user to be more talkative, alert, sociable, friendly, and physically strong. It raises energy and improves one’s ability to perform physical work. Some believe it can even improve one’s sexual appetite and performance.

The ability to relieve pain and promote a feeling of calmness is one of the reasons why kratom is surrounded by so much controversy. It is banned in several countries including where it came from, Thailand. Governments around the world categorize it as a harmful narcotic that is very similar to opium, morphine, cannabis, and magic mushroom, which is why its usage is regulated, if not banned.
There are two reasons why kratom is doing what it does. The first is because of its chemical contents. It is found to contain alkaloids that perform very similar to how opium and morphine perform. Its most prominent contents are the mitragynine and 7-hydroxymitragynine alkaloids that are believed to be responsible for kratom’s ability to sedate people.

Second, it is a natural power-enhancer that has been used by Asian hunters in the past to boost their strength as they hunted for hours in the jungle. Local users have discovered the potent herb and consumed it to perform menial tasks and high-energy work.

While it does perform very similarly to opium and morphine, kratom is very beneficial to people. It has been observed to treat depression, diarrhea, hypertension, and diabetes, while promoting an over-all feeling of wellness.

Kratom is prohibited in some countries like Thailand, Burma, Denmark, and Finland, but is legal for use in many countries including the US. Although it is safe when taken in small doses, one must remain watchful with his consumption as taking kratom can be habit-forming. Withdrawal symptoms may be experienced if one quits abruptly.

Discover how kratom affects different people in different ways. Know that it could be a good thing for some and how it could be bad for a few.

Feel free to contact me for more kratom related source.
Posted by Aaron Tan at 10:21 AM

Email ThisBlogThis!Share to TwitterShare to FacebookShare to Pinterest
Labels: Kratom